As I re-read the histories of my Ancestors who fought in the American Revolutionary War, I'm impressed at how willingly these men fought for an ideal. Our Nation, in its infancy, was a cause worth dying for.

My 6th Great-Grandfather, Christian Hollinger, an immigrant from Switzerland, and his son, a first-generation American Colonist, both served in Battalions in Pennsylvania.  I think of the eclectic group of men from so many different countries fighting in these battalions - can you imagine all the different accents? That's assuming they spoke English to each other.  It's amazing the language barriers alone didn't keep them from loosing the War.

My 5th Great-Grandfather, Daniel Hullinger fought at the battle of Germantown near Philadelphia, in October 1777.  As he was petitioning for his pension he mentioned he had his age recorded in his father's (Christian) family record book, "a book prepared and kept by him for the purpose of a Family Record Book."  Oh, how I wish we had access to that book now!

What a great thing it is to know my family history is so deeply steeped in American history! From William Brewster on the Mayflower, to these two Revolutionary War ancestors. Not to mention those who crossed the plains to settle the West, those who fought for the North in the Civil War, others who fought in both World Wars, and those who have done and still do countless things to contribute to the American life we now enjoy! 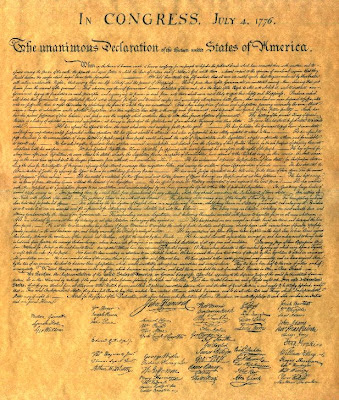